INDOOR AIR QUALITY TESTING: WHAT ARE YOU BREATHING?

The quality of the air you breathe affects your health. If you don’t know it yet, air pollution can occur indoors or outdoors. The Environmental Protection Agency (EPA) studies on air quality in Seattle reveal that air pollutants in homes and workplaces can be two to five times higher than the air pollution outdoors. Since there are no regular public updates on air quality in Seattle, indoor air quality testing companies nearby can help determine whether the air inside your home or office is safe for you, your family, and your pets.

Pollutants are everywhere. These are particles and gases in the atmosphere that have the potential to harm most types of organisms. Climate is affected by air pollutants. Corollary to this is air pollution, which occurs when the pollutants are released into the air

People in Seattle are mostly homebodies and usually spend about 90 percent of their time inside their homes that is why the indoor air pollution in the state is of great concern. This condition poses a health risk to all persons living in the home, particularly children and the elderly. If some of the people you live with have allergies, these can be irritated by poor air quality that’s circulating indoors or in the workplace. Often this leads to problems with the respiratory systems. 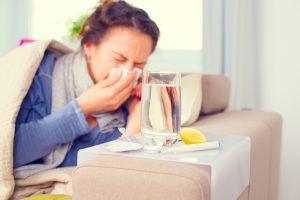 Some indicators that the quality of the air you breathe inside your home is not that good include:

When any of the following symptoms become worse in particular months, there might be problems with your cooling and heating systems. Symptoms like the above indicate that allergens and air pollutants are circulating inside your house. As mentioned before, the air pollution in Seattle is worse indoors.

Various sources of air pollutants can be found inside your home. You can bring in pollen and pesticides from outdoors; dampness can cause the growth of bacteria and mold; mites and dust collect on furniture and rugs and paints and household cleaning products release fumes in the air. The odor from tobacco and smoke from something burning outdoors cling to clothing. New furnishings, carpets, and building materials release fumes, as well. Faulty household systems can cause gas and carbon monoxide leaks.

If you have ducted heating systems, they can be a key source of air pollution indoors when they are congested. Debris and dust can come through the open vents and circulated into your home when you turn your heating on. Your humidifying, cooling, or heating systems are potential culprits by producing indoor air pollution or by circulating air within your home inefficiently. 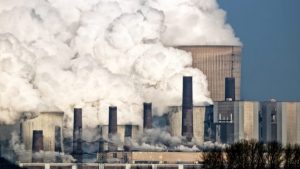 Other sources of air pollution

Emissions from boats, planes, and cars, as well as manufacturing plants that run on coal, are air pollution contributors. But these are not the only sources. Forest fires and volcanic eruptions are natural sources of large amounts of particulate matter and harmful gas.

The Environmental Protection Agency describes six types of air pollutants that are potentially dangerous to humans.

Carbon monoxide – it’s colorless and odorless and produced by combustion. About 62 percent of carbon monoxide primarily comes from vehicle emissions, but they can also come from the burning of industrial waste, from your lawn equipment, and from forest fires. Even small concentrations of carbon monoxide can prevent the delivery of oxygen to the major organs of your body. It can cause death when the carbon monoxide levels are high.

Sulfur dioxide – is another very reactive and colorless gas. Industrial power plants produce about 70 percent of sulfur dioxide emissions from combustion. Coal-powered plants are major culprits in the production of sulfur dioxide. The sulfur content of coal reacts with the oxygen in the atmosphere to form compound sulfur dioxide and once in the air, further reactions have the potential to produce sulfur acid. This is the matter that becomes acid rain. Respiratory illness can develop when you inhale sulfur dioxide.

Nitrogen oxides – are types of reactive gases that you can smell and see. Nitrogen dioxide and nitric oxide belong to this family of gases, and they are major contributors to the smog that is seen over big and congested cities. These types of gases come from industrial combustion and vehicle emissions. Like sulfur dioxide, respiratory diseases can be induced by nitrogen oxides.

Ozone – is normally located at the atmosphere’s stratosphere layer, and actually protects us from the harmful UV rays coming from the sun. But when it is lower in the atmosphere, it can also pose a threat to us, as it can damage ecosystems and cause respiratory diseases. The EPA considers ozone a secondary pollutant because of its adverse reactions from the combination of volatile carbon-containing compounds, nitrogen oxides, heat, and sunlight.

Particulate matter – are the particles that are suspended in the air and can be both solid and liquid. Wind-blown dust makes up 60 percent of particulate matter pollution. Aside from this, it can also be made up of toxic metals and chemicals.

Seattle residents can test indoor air quality to determine which pollutants must be eliminated. Good ventilation is the core of having high-quality air. Ensure that your humidifying, cooling, or central heating system is working properly and efficiently to improve indoor air quality effectively. Have your HVAC system fitted with HEPA or filters of high quality that are capable of removing microorganisms and bacterial inside your home.

Most licensed and professional HVAC technicians recommend the use of a high-quality air filter such as a High-Efficiency Particulate Air (HEPA) filter. Based on the standards on filters set by the Department of Energy, HEPA filters are of the highest grade. They are capable of filtering undesirable matters and microorganisms. HEPA filters are used in different applications In the home, they are mostly used in cooling and heating systems, rendering them safer to use and help increase air quality tremendously.

Contact us today to learn more about indoor air quality testing near Seattle and surrounding cities in Washington.